Cyber Diplomacy: How Africa can Leverage its Position, Age and Talent 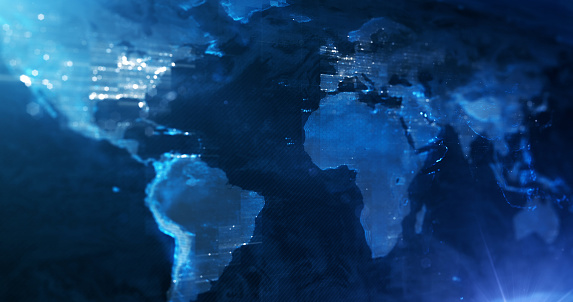 Often when Africa is spoken about in a digital context and future, the immediate argument points towards the continent’s shortfalls. However, just because Africa lacks in certain criterion does not mean the continent cannot contribute globally to the cyber space – in fact the Africa of today has the ability to be a major influencer in Cyber Diplomacy. The African continent is the youngest in the world with a median age of 25, if anything, Cyber Diplomacy seeks to establish a set of norms to regulate the behaviour of state and non-state actors in cyberspace, Africa is the future that could pioneer the pathway as an example. It’s not just a matter of opportunity in Africa, it’s about exposing the young talent on the African continent to opportunity, fostering creativity and promoting the thought leaders. If African talent had the same promotion and exposure as first world countries have for theirs, the third world mentality may not be a categorisation.

According to the UN, 70% of the Sub-Saharan African continent is below the age of 30, and with the population exponentially increasing but the age median predicted to stay relatively the same – Africa will continue to be the world’s youngest continent for the foreseeable future. Therefore, any new technologies, laws, regulations, and policies created in order to establish a more secure Cyber Diplomatic environment would potentially see more fruition on the African continent than anywhere else as the population will be more adaptable to change. Aside from that Africa will be the largest target market for new technologies because as the population increases, it will become and contribute significantly more to the expanding market of new technologies.

The Russia-Ukraine war has brought to light the devastation that a cyberwar can cause between two conflicting nations. There is also an absence of cyber offensive capabilities in many African countries, but that has a lot to do with geopolitical partnerships and relationships with Western countries like Russia, China, The United States, India, The United Kingdom and so forth – where many African countries take a back seat. However, there is a significant push by existing cybersecurity companies on the African continent to bridge this gap, in fact in South Africa alone nearly three quarters of their top 100 corporates are investing more into cybersecurity. Companies in North Africa are also pushing towards a more cybersecure future, investing in new technologies in order to deploy and develop cyber resilience, awareness, protect data, and cybersecurity skills. It’s important that investment comes from within the continent so that there is less dependency on “first world” nations to protect African countries on the digital landscape.

Africa’s age to population ratio means any discussions about consumer protection – which is the heartbeat of cyber diplomacy – must involve leading African countries in the discussion. Cybersecurity companies in Africa often tackle problems and challenges because of the “must do” requirement and not a “should do” requirement so development of new technologies have a more profound affect. Granted Africa faces a different set of issues compared to many other continents but are still able to develop new technologies with significantly less resources and limited access to technology which is quite impressive. Even though many African countries suffer from region specific internet ecosystems and limitations as well as overlapping policies prioritising policies away from cybersecurity – Africa is still able to maintain some sort of cybersecurity presence on the global stage. For a continent experiencing “third world challenges’, the people on the African continent – if given the right opportunity – are quite resilient and adaptable to change in the digital environment. We are in the midst of the 4th Industrial Revolution and there is no reason why Africa cannot come out of it as one of the – if not the – major role players of future digital transformations.